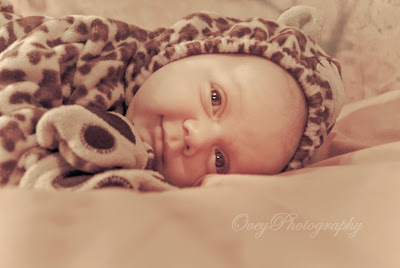 I learned this weekend that there is no possible way for me as a woman and a mother to prepare to leave my child behind. I thought that because I had told myself over and over that it was just a few hours and I would enjoy being away from the house, it wouldn't be nearly as upsetting to return to work. I was very wrong. I sobbed the entire day and then the entire drive there...but I survived. I am exhausted; both mentally and physically...but I survived. I know it will get easier and I'm going to hang on to that thought, but for now I'm just enjoying being next to my baby boy every minute that I can.
Posted by JennOvey at 9/19/2011 No comments:

Email ThisBlogThis!Share to TwitterShare to FacebookShare to Pinterest
Labels: Henry

I've been so busy lately that I've gotten off schedule on pumping. When I came home from our labor day festivities last night I had just enough milk after pumping in the refrigerator to fill 3 bottles, which is good and all but usually I keep 3 filled and then have enough to fill 2 more - which is like 10 ounces - and then I freeze the rest daily. So I was 10 ounces off which is usually only a pumping away but for the last few days I was only producing 5 or 6 ounces when I pumped and considering I wasn't getting to pump very often - that was extremely bad. So today Henry and I are staying home in our pj's so we can build our milk supply back up - it's annoying and tedious and it really limits what I can do through the day but giving him breast milk for as long as possible is extremely important to me and I intend on continuing the process for as long as possible.

So we're out of milk (cow milk, not boob milk) and I have no idea what we're going to have for dinner, the medical record that I was suppose to go sign a release form for today is going to have to wait and daddy is going without lunch because we're not leaving this house today - instead we're watching The Secret Life marathon and relaxing while pumping. End of Story.

In other news, Jeremy and I are discussing the possibility of trying for Henry's little sister (We hope, haha) in the near future. I opted out on birth control at my 6 week check-up, although I've never used any and I still haven't had a period so we're just letting things take it's course. I would prefer to wait about a year myself before having another baby but if it happens sooner, it happens sooner. We've always wanted to have our children very close in age and so with Henry here, it only makes sense to have another - as crazy as it may seem. After a 2nd, I think we'll stop. I'd love to have more but unless we have another boy - I don't think we'll ever try for a third. It's just not economical. And even if we do have a boy - well, I'm okay with that. In my world, 2 momma's boys are better than one daddy's girl anyway!  =P
Posted by JennOvey at 9/06/2011 No comments:

Search It. Find it.