I love the ending of one year and the beginning of another. There is so much promise of things to come and yet so much to look back on and appreciate and remember, too. Twenty-twelve was a big year for our family and I have to say that looking back, I only remember good things. For those of you who don't know me on a personal level, or have just been around for a little while, let me recap for you some of the highlights of the Ovenshire family in 2012!

January 5 - We welcomed my nephew, Gabriel, into the world.

January 11 - Jeremy, Henry and I walked into the courthouse on a cold, snowy day with the intentions of buying a home, with cash, in which we had never walked into and had only seen as we drove by from the street. We were the only ones to bid on this green, chipped-paint house and 10 minutes later and half-a-heart-attack later we walked out of there as homeowners.

January 19 - Our precious baby, in which we thought would never grow up, turned six months old.

February 15 - I cut off all my long gorgeous hair and donated it to Locks of Love.

February 29 - My brother, Levi, turned 16. Or 4. He immediately changed into the pj pants that I got him and then threw a 4 year old tempter tantrum when he realized that we'd all bought him gifts appropriate for his '4th' birthday.

March 19 - We finally got the keys to our house. FINALLY!

March 30 - We finished moving and spent the night for the first time in our home, as a family. Jeremy and I laid in bed that night and although we were tired from packing and cleaning and moving, we just couldn't get to sleep.

April 3 - My brother came home and saw Henry for the first time since he'd seen him the day he was born. Love at first site? Yeah, I think so.

April 19 - Henry turned 9 months old. I about died. It was impossible that he was growing up so quickly.

April 29 - We adopted Cohen into our family. I have to say that this was more of a transition for us than both Mason and Henry combined. I don't know why this second dog was so much to handle, but now, over 6 months later, we're finally getting settled as a two-dog family.

May 13 - I celebrated my first mother's day. Henry bought me a beautiful necklace with his birthstone in the center. It was exactly what I wanted (and a great excuse to need rubies for the rest of my life)!

June 25 - Henry attended his best friend's first birthday party and also his first ever birthday party. They rode around in the wagon with their silkies together and had a great time. I don't know what I would do without Jessica and Layla, Jessica is my mommy-friend and keeps me sane on a lot of weeks when I feel like I just can't sit in my house for a moment more.

June 26 - Jeremy took Henry and I to our very first Reds game in which Latos pitched 13 strike-outs and we all got FREE La Rosa's pizza and ice cream. Best first-game-experience EVER!

July 4 - I put on my first mini-sessions for my photography business and was blown out of the water at the amount of interest in them and the success that they were.

July 19 - Henry turns one! We have a HUGE party and then go on vacation immediately after. I forget my camera battery charger in Charleston and get absolutely no photos of Henry at the beach for the first time. I was a bit heart-broken, but it also let me fully enjoy those moments (and my vacation).

October 29 - Jeremy turned 30. I threw him a big party themed Vintage 1982. Everyone seemed to have a great time and I think he really enjoyed it. The best part? I get to tease him about being 30 all the time!

December 16 - Jeremy finished college. HOORAY!! He also got my new countertops/sink/faucet installed. Eventually I will be putting up the backsplash (I already have the tile) but we were trying to get at least this much done by Christmas!

December 25 - We had our first Christmas at our house. I loved it. I cooked and cleaned like a mad woman but I hope that our families will let me do it every year. I really loved it that much.

December 27 - Henry played in the snow (really played) for the first time and LOVED it. He is his mama's boy!

Overall, I don't think I have room to complain about this year. Sure we've had our ups and downs, but overall God has blessed us to the max!! Looking back it's hard to see and believe how much Henry has grown. And I know the year to come will leave me looking back and wondering where my little baby had gone. I'm going to try to appreciate this year more and that may in fact be my only new years resolution. I hope the new year finds you all happy and loved and surrounded by those that you love the most!

I hope you all had a very wonderful Christmas season. We had a wonderful time. We had Christmas at our house this year and I was so proud and pleased to have the honor to do so. I made ham, mashed potatoes, green bean casserole, corn, sweet potato casserole, mac & cheese, rolls, pumpkin pie, cookies, fudge and Jeremy made a veggie pizza. We will be eating off of it all for the next week too... which is a good thing because...

I'm so excited about having all this snow. It started snowing sometime early this morning and we already have a foot. Seriously. I love it. Hopefully it will stop at some point and the wind will calm down so we can all go out and build a snowman.

God bless everyone and I am hoping to get back into the swing of things one of these day.
Posted by JennOvey at 12/26/2012 1 comment: 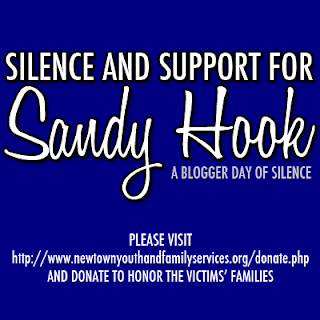 I don't want a lot for Christmas; there is just one thing I need. I don't care about the presents underneath the Christmas tree. I don't need to hang my stocking there upon the fireplace. Santa Claus won't make me happy with a toy on Christmas Day...

Baby, all I want for Christmas is:

a long hot bath.
a bottle of wine.
a really great book.
an hour of peace and quiet.
dinner cooked and ready.
presents wrapped and pretty.
all the parents happy.

& a vacation some where away from here.

Email ThisBlogThis!Share to TwitterShare to FacebookShare to Pinterest
Labels: Christmas

Laura over at Mouse in the Kitchen tagged me for a Christmas traditions post and I have to say, I am so excited! I love Christmas, EVERYTHING about Christmas. I love making our yearly Christmas card, I love watching Christmas movies, I love watching my loved ones open their presents, I love snow and ornaments and crafting and eating and that overall sense of joy and cheer. Like I said...everything.

So here's the deal - pick five bloggers that you want to know more about their Christmas traditions. Tag the bloggers you picked and have them write up a post with the answers to the five questions.

1.) What makes Christmas such a special holiday for you and your family?
First of all, the celebration of Christ's birthday. But for Jeremy, Henry and I, it's one of the few times a year that we can wake up and really have family time. I know that sounds somewhat ridiculous, but life is SO rushed all of the time. Every day one of us is rushing off to work early in the morning and if we do happen to have a day off together, we usually lay around until at least the afternoon. Christmas morning we wake up and it's like nothing is more important than having breakfast, opening gifts from one another and just being together (and present) as a family.

2.) Were you told the truth about Santa Claus by your parents or did you find out another way? And...do you plan on lying to your kids (if you have them or plan on having them)?
My father is a true hater of Santa. Like - I'm surprised he even celebrates Christmas anymore because of Santa and how commercialized the holiday has become. I'm sure there was a short period of time when we were really little the we believe in Santa, but I don't remember it. He told us early on that Santa was not 'real' and that he had stolen the spirit of Christmas. (It's not as depressing as it sounds, I promise.) Last year I was pretty sure I was never going to have Santa be a big deal in my home, but this year I've backed away from that just a bit. We took Henry to see Santa at the mall and I think at this point my plan is to teach Henry about the REAL Santa and relate him to Christ and the spirit of giving as much as I can. I just want him to know the true meaning of Christmas and not become too obsessed with Santa. I do know I will not be subscribing to the 'naughty list' concept. I think that the fact that Santa delivers presents whether we are naughty or nice all year is a true testament to God's grace!


3.) Real tree or fake tree?
I have never had a real tree. I had a fake tree growing up (which my father usually destroyed before Christmas) and I have a fake tree now. Perhaps when Henry gets a bit older we'll go tree-hunting and have a real tree, but right now I just don't want to deal with the mess. It just doesn't seem worth it to me right at the moment. I am kinda picky about my trees though - they have to have white lights and the have to be FULL of ornaments. Right now my tree mostly is full of bulbs, but one day I hope it will be full of personal ones.

Stephanie @ And Baby Makes 10
Amber @ Take No Thought
Gillian @ Comes in Colours
Jen @ Adventures of our Army Life
Sarah @ Our Journey
Posted by JennOvey at 12/13/2012 6 comments:

Email ThisBlogThis!Share to TwitterShare to FacebookShare to Pinterest
Labels: Christmas

Sometimes you just need to let it out.

Prepare for cuteness overload. I FINALLY got Henry a Christmas outfit (he's rockin' skinny jeans this year) and found the time to do his Christmas photos. They are cute, like C-U-T-E, cute! But you don't have to take my word on it, you can see for yourself...

And last but not least, have a peek at our 2012 Christmas card!

Email ThisBlogThis!Share to TwitterShare to FacebookShare to Pinterest
Labels: Henry

I could tell you my secrets and expect you to understand...

but you won't and I won't make you.

It's not that I'm hiding anything profound, I just find myself changing with the seasons; coming to life, bursting and dying and then stepping away completely for a little while.

...please just happen already. I'm sick of trying and I'm sick of waiting every month to find out if this is the month and...I hate feeling ungrateful because I have one perfect baby already and I know how blessed I truly am. But really!?!
Posted by JennOvey at 12/02/2012 3 comments:

Search It. Find it.